Wanderers Refuge is one of the Locations in Sea of Thieves located within the Region of The Shores of Plenty at coordinate F-12.

This long island has a ruined fishing village to the North, a narrow tunnel headed through the middle of the central landmass, and small beach access to the South rocks.

Facing off the West side two cannons.

This island has chickens and snakes.

As well as an Ammo Chest on the north-western side.

High Ground above the Rocky Tunnel

Stop and seek the high ground above the rocky tunnel to the far South West and be that soon, prepare to play your merry tune 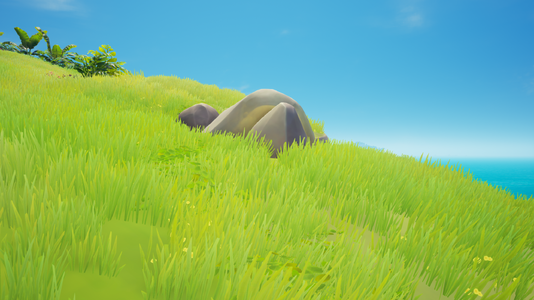 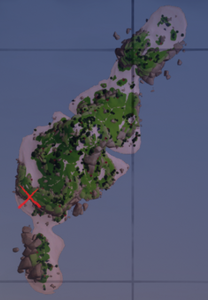 From the grave adorned with rope to the South East ye are getting near, 6 paces South and shovel here 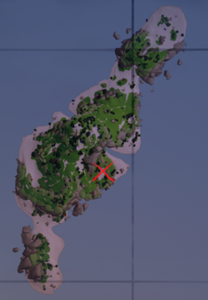 At the grave robber to the South East ye are almost there, 6 paces South East dig treasure here 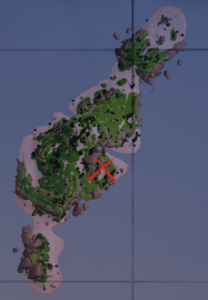 The mutinous snake's lonely shallow grave to the South East beckons it's quite a sight, lift flickering flame and all is right 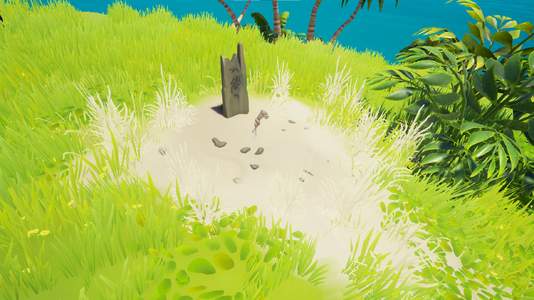 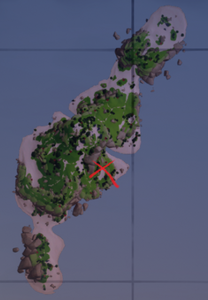 Find the lookout bell at the highest point of the island, this riddle bewitches, 8 paces East-by-North East, will your shovel strike box of riches? 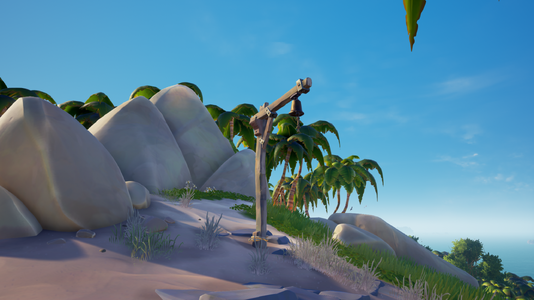 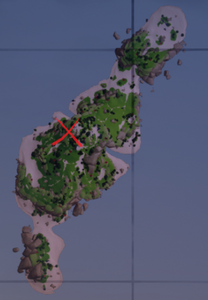 Find the wandering lovers final resting place to the South East, this merry dance will be your worth, 7 paces South-by-South West and break the earth 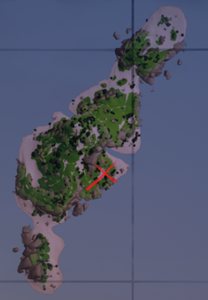 Rocky Tunnel that Cuts Through

There's more to this map than meets the eye, read it at the rocky tunnel that cuts through the large island where there is no sky 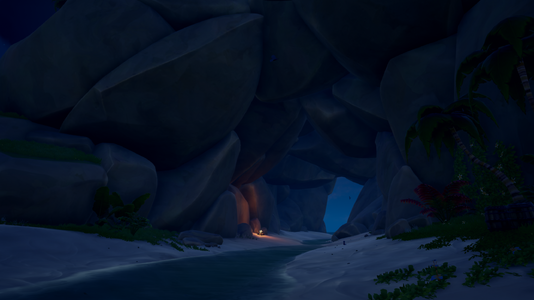 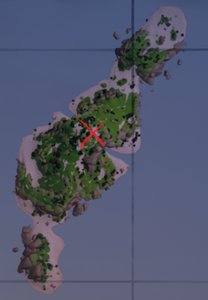