From Sea of Thieves Wiki
(Redirected from Title)
Jump to: navigation, search 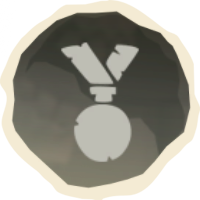 Titles are rewards gained through Promotions from the different Companies and by completing Commendations. Every player starts out with the Sailor title. When equipped they are displayed over the player's head underneath their name. You may gain new titles for every 5 Reputation levels you have for every respective company. Titles gained via Promotions for Gold Hoarders, Order of Souls and Merchant Alliance Companies may be unlocked for 0 gold by visiting a General Clothing Shop. Titles earned by completing Commendations become immediately available in the Vanity Chest.

Festival of the Damned[edit | edit source]

Fort of the Damned[edit | edit source]

Legends of the Sea[edit | edit source]

Legends of the Sea[edit | edit source]