Captain Adara is an Ashen Skeleton Captain in Sea of Thieves. She is the Captain of The Ashen Dragon and can be found guarding its cargo during The Seabound Soul Tall Tale.

Captain Adara will appear as a Skeleton Captain boss fight during The Seabound Soul Tall Tale. As with other regular Skeleton Captains, she will take around 4 point-blank Blunderbuss shots to kill.

During the final battle in The Seabound Soul, Captain Adara will try to intimidate the Crew with taunts randomly selected from the following:

You shall not steal...

During The Seabound Soul Tall Tale, players will be able to discover 5 Ashen Journals, which are written by the Captain of The Ashen Dragon. Captain Adara is the most likely author of these Journals:

Today is the Fated Day. The darkest of hours, on which we of the Ashen Dragon must set sail to fulfil our final duty.
I am her Captain. I alone remember the words of flesh-kind, though I am as old as our ship. And yet, on this Fated Day, another commands me.
He speaks little, save to explain the Rites. The flames that perpetually wreath our vessel seem to coil around him, as if longing for his touch.
It seems our route is preordained, and takes in many past glories. First, we shall sail to Shiver Retreat, blazing a path across the waves.
Our precious cargo and its guard are below deck, in their rightful place. All that we are, all we have accomplished… ends today. 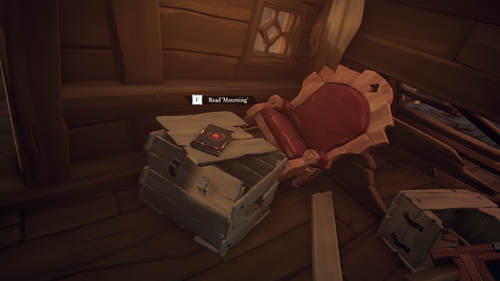 For the first time since our mission began, our Commander issued new orders. I did not dare to question them.
Tri-Rock Isle, Cinder Islet, Cursewater Shores. At his instruction, we sailed to each of them in turn, and I went ashore.
There, I buried three great treasures from our hold - relics that even our Commander regarded with something approaching fear.
I can only hope I have hidden his belongings well enough that they shall remain undisturbed. Even as he is now, I fear his wrath.
Now, we resume our charted course, passing Liar's Backbone as we sail. I hope that this shall be our final diversion. 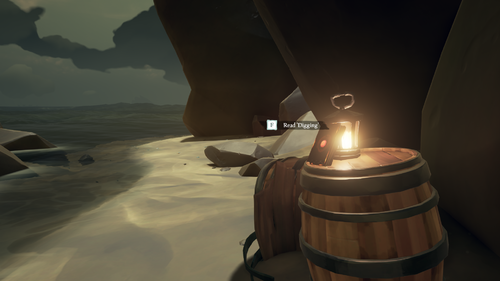 Wretched pirates! They dared to interrupt our journey and try to scavenge from us! Now we must moor at Scorched Pass and make repairs.
Two galleons approached at once, as allies. Clearly they meant to surround us, though the heat of our flames kept them at bay.
To my surprise, our Commander stepped forward, moving with a swiftness I did not expect and burning white-hot with righteous fury.
So magnificent was he, one ship turned and fled! The other was ripped apart by our cannon fire even as our crew assailed theirs.
To punish their insolence, our Commander himself boarded their vessel, using his great power to curse their Captain before hurling her into the hateful sea. 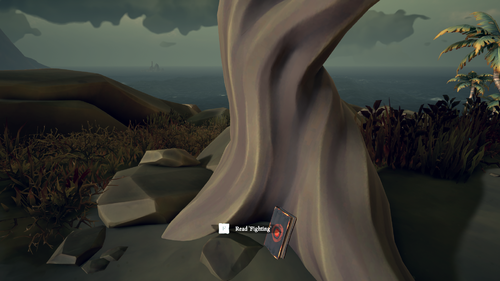 It was a risk, but I was right to take it. Our repairs had left us low on supplies, and I could not rule out the possibility of another attack.
I do not know how the pirates divined our heading. Perhaps it was mere chance, and yet, when I set foot on land, her Captain was lying in wait.
Had I sent my crew, they would likely be lying in pieces, but my bones were forged in fire. In moments, it was he who lay broken at my feet.
As before, our Commander bound the fool’s spirit so that he could not return from the Sea of the Damned. He will plague us no longer!
The final leg of our journey sees us pass Flintlock Peninsula. Until then, I have much to consider. Once our mission is complete, what will become of us? 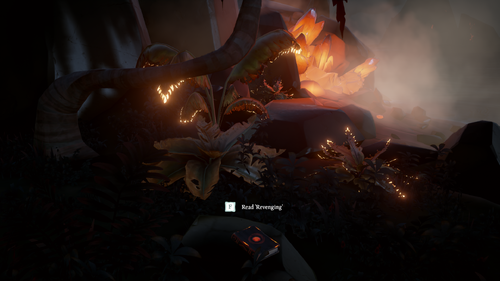 The deed is done. A great door protects the remains, and will keep pirates and other intruders at bay. I have ensured it can only be opened from within.
When the last of the Rites had been completed, our Commander bade us set course, deep into the Devil's Shroud itself.
I thought perhaps he meant for its tendrils to destroy the Ashen Dragon as it has so many other ships, but he gave me one last order.
Once he had spoken, the Commander burned so fiercely that even the fog seemed afraid, and so a path was cleared. Such is the might of an Ashen Lord!
He is naught but dust now, his power expended. As ordered, we will pass through the Shroud and into hiding until we are needed once more.
One day, he shall summon us, and the world shall once again know the fury of the Ashen Dragon... 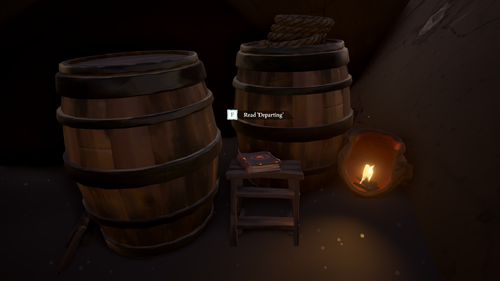