There's rumour that a new shipment of clothing, items, weapons and ship customisations are on the horizon and heading for the Sea of Thieves! If you are saving yer coin for a pair of trousers, you might want to keep a weathered eye out for this arriving soon! 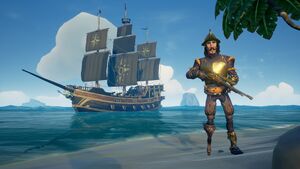